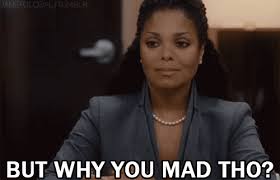 When you receive feedback from someone, depending on what they say, the window for response is very small.  This means there is a moment, potentially a microsecond, when you decide to either go off or take it all in.  Remember, there is a big difference between receiving constructive feedback and being insulted.  Your job is to differentiate between the two. One of your biggest challenges will be accepting feedback from people you don’t like.  This is a really big challenge because dislike is often coupled with lack of respect.

Shady co-workers are the worst.  We see them interact with others and we form opinions about their behavior, making it hard to receive anything other than an infrequent “hay” from them.  Try to remember, “even a clock with no batteries is right twice a day”.  I am not going to pretend that I would be able to do this any better than you would.  The gap between knowing the right thing and doing the right thing is very misleading.  Knowing is very close, while doing is very far away.  We will just pray on this one and move on.  🙂

You have managed not to trip out.  You are probably doing your best to contain yourself and not morph into any of the characters from “The Office”.   The best thing you can do for yourself is keep a straight face.  Don’t force a fake smile, don’t laugh condescendingly (that was mostly for me), and don’t move towards the person with your arms flexed! Try not to be defensive, since they are just as uncomfortable with interaction as you are.  It’s difficult to give feedback to another person . Unless they are messy, if they are messy walk away before you engage.  No follow-up.

LOL! ok, I know I am pressing my luck with this one.  At the very least, say something like I will think this over.  It doesn’t mean you are validating their observations, but it does mean that you took the time to consider it.

Instead of getting pissed get info

Try these questions to move the conversation forward in a non-confrontational way.

Constructive criticism is how we learn to see ourselves the way that others see us. There is almost always a disconnect between the impression we think we make and thee impression we actually make. Learning and growing is always a choice, it’s up to you to make it.  Remember, you are ultimately responsible for you.