Today, lying is as plentiful as oxygen. But trying to find honesty, however, often requires a team of archaeologists.  Wondering whats behind the trending dishonesty? Thought about why some people are incapable of honesty, and some are more truthful overall Everyone says “I just want people in my life who will be honest”, but is that what we really want?

The common scientific understanding explains there is an instinctual need for humans to lie.  I have even heard qualified scientists say ” lying is an innate part of the human existence”, that we need lies to manage the harsh realities of life. The assumption is that lying mitigates damage to relationships and allows individuals to interact with one another and inflict the least amount of emotional harm.

Most people feel like they tell  “harmless lies” or their reasons for not being honest allows them to spare the feelings of others. Perhaps they lie to avoid confrontation. Whatever the reason, the pervasiveness of lying is at an all-time high. Check out this video from Time Magazine, where they explain some of what they think are substantive reasons for lying.

If you believe what you just saw in the video,  you may now feel more comfortable about lying or be soothed by the explanations shared. Maybe you saw habits you recognized, at the very least, you understand why lying happens so frequently. I believe to some degree, there are lies we tell or truths we omit for the benefit of others. All things being equal, let’s want to think about the people who tell lies for self-serving reasons and how best to interact with them.

The trouble with trying to identify which type of person you are dealing with, one who means well or one who is just a trickster, is that no one does either exclusively. So what do you do?  You do your best to be as honest as possible.  There is something innate to the truth that elicits specific reactions and behaviors. If you are leading by example, it is more likely that they will follow suit. There will always be outliers, but that’s no reason not to give it a shot.

I have a friend who is not necessarily dishonest, but he does have an issue with complete disclosure.  You know, those people who tell you most of a story, but leave out a little for their own comfort. This guy so suspicious of everyone he censors everything that he says.  I suspect this behavior comes from a lifetime of concealment, or perhaps it’s a coping mechanism for dealing with conflict. Who knows?  What I do know, is there is nothing worse than an unsolicited lie.

During our friendship, I made several attempts to persuade him to knock it off.  Have you ever hung out with someone you couldn’t ask simple questions?

For example, “What have you been up to”?

Instead of a simple answer, he would say things like, “Why? You heard something?”

Information manipulators are tiresome because they require excessive maintenance. Often they don’t realize their secrecy/dishonesty is really a pain in the ass. They are consistently guarded and wary of potential conflict. Communication with them is a nightmare. If only they recognized that honesty is so much easier.

If you recognize any of these habits in someone you know, or potentially your own behavior, see the information below for some ways to categorize, understand, and navigate the behavior you meet. 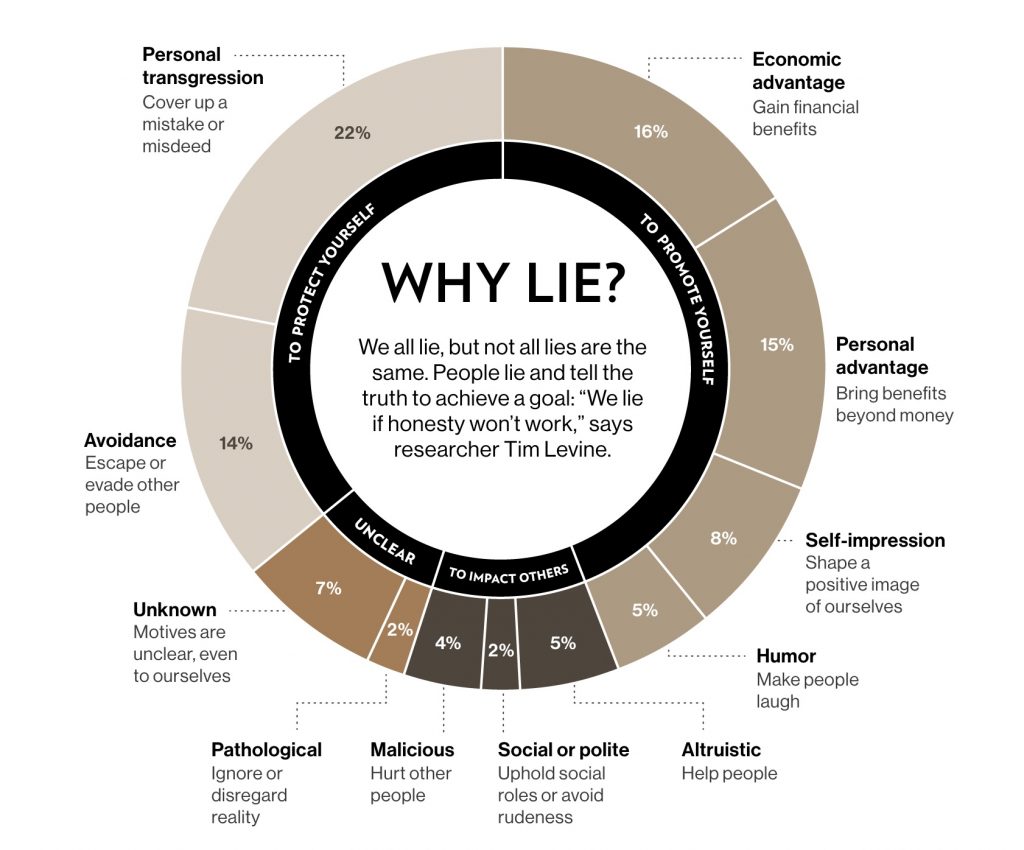 After your figure them out

Once you have identified and understood what/who you are dealing with, begin with a simple rehab. Offering them the chance to redeem themselves by letting them know you are open to whatever their truth is.  This offer however takes time and is the most permanent solution. After all,  this is a lesson they should have learned long ago.

If you interact with people who you feel uncomfortable being honest with, you may need to curtail your dealings with them.  If you are the one with the issue, think about what could really happen if you were completely honest. When the result of a change is the end of your relationship, perhaps the relationship neither participant was honest about what they wanted from the beginning.

Salvage as much as you can of your self-esteem and set the truth free. If your situations involve family, it could be a bit trickier.  A family has years of history and patterns of interaction, and the habits will be much harder to break and you will face unexpected feedback.  This is the wage for the injurious behavior you have fostered over the years.  Have patience while they adjust to the part of you they have never met and vice versa.

Honesty requires courage and if this behavior is not a natural part of who you are, work on it. Anything less will can only result in the slow erosion of your core values or result in self-sabotaging behavior. Summon the necessary courage to be vulnerable and accountable.

Tact will help you avoid stepping on other’s feelings with your honesty. Being truly honest requires finesse in every situation, and for people of integrity, it is the only acceptable choice.

This is a tough lesson.  Feel ok about working through it a little at a time but it is doable.  All you need is willingness and commitment.  Let’s take the next step together.

I am always interested in what you have to say, so I look forward to reading your responses. Don’t forget you can tweet me here.