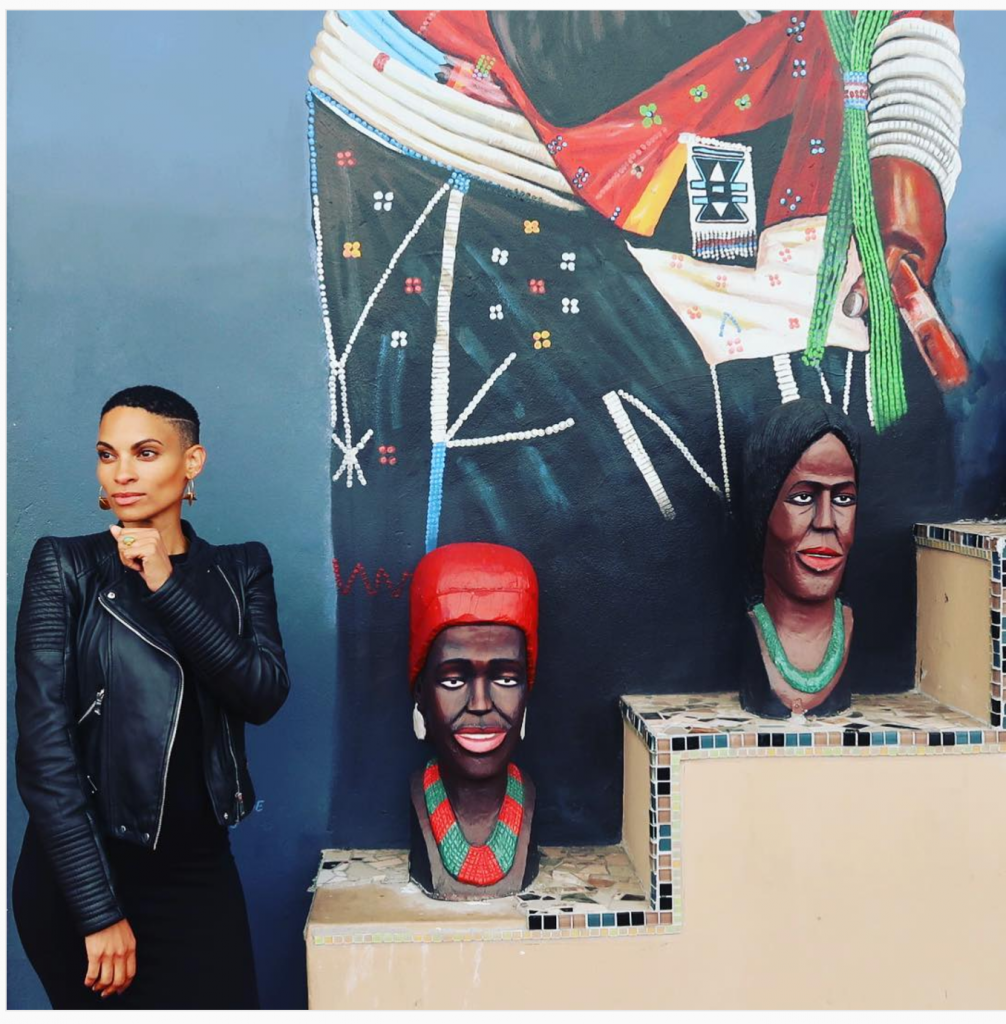 Before you get started about how she is not a new artist.  Let me just tell you that she is definitely an under served artist.  Goapele is super talented and packs each of her albums with the music that challenges you to think, while also conjuring sexy soulful emotions.  If you don’t believe me take a look at this clip!  She has a secret 8-), and it seems like it’s a really good one!

In one breath, she’s urging social change and boldly standing up for righteousness in the face of inequality; the next, she’s guiding her child with a sensitive understanding, hard-earned wisdom, and unconditional love. Finally, she’s as seductive and soulful as ever seamlessly slipping from activist, mother, and poet to temptress. This delicate sonic shape-shifting is a technique she introduced on her now classic 2001 debut  Closer, but she hones it to perfection on Dreamseeker.

Good vibes only in the studio last night with @CassperNyovest pic.twitter.com/Gzm51vxbIs

I became a fan when she released closer.  That song unlocked the door to a torrid love affair with her music and I have been a fan ever since.  The overall sound is like a haute coutoure gown that glides over the body and hugs in all the right places.  She blends trip-hop, traditional R and B, and pop music all into one tidy package.  On the other hand, when she tours, she prices her tickets like she is Whitney Houston, so that is a complete no go for me.  As much as I love her music, she does not put on the kind of show that warrants a 200 dollar ticket just for the privilege of standing in the front.  Grown men do not stand in kiddie pits so we can sing, sway side to side, and light cigarette lighters during the emotional moments.

The  new album, Dreamseeker is a mix of what you would expect from her.  She sings with her normal style that blends her statuesque femininity with her smooth and soothing powerhouse vocals.  Her lyrics are pure poetry, as she takes on controversial topics, and issues relative to her life as well as others.  Many do not know that she is an activist as well as a philanthropist.  Maybe that’s why her concert tickets are so expensive.  (Still salty)

Goapele participates in raising awareness. She is active in the AIDS Healthcare Foundation, and recently starred in a short film, Where Is Beauty, which covers the pressures women endure from social media and normative standards of beauty.

What you need to know

Overall I rate this album 8 out of 10.  I think she is still going strong and I will definitely be rocking to this.  I do not however, think this is her most creative or relative work.  Some of the tracks are really over done and she does tend to slip into what everyone else is doing with new hooks over familiar beats.  I do enjoy that, but I don’t necessarily think its creative.  Stand out tracks: Secret, Bright as the Sun, Stay (feat. BJ the Chicago Kid), and Power.

Stand out tracks: Secret, Bright as the Sun, Stay (feat. BJ the Chicago Kid), and Power. Click To Tweet

Really, in that order.

Check out some of the songs below and let me know if you agree.  Cant wait to hear your feedback!